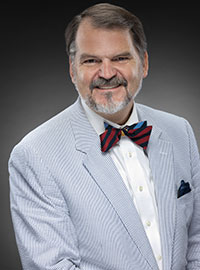 Charles McCall Medlin joined the firm as an attorney in May of 1990 after clerking for the firm in 1989.  He was made a partner on January 1, 1997.  Mr. Medlin’s practice is devoted to Civil Litigation, with particular emphasis on Family Law / Domestic Relations, Contracts, and Torts.  Mr. Medlin heads the Family Law section of the firm.  He became a Named Partner with the firm on January 1, 2013.

Mr. Medlin graduated from school and returned to the Atlanta area to practice law within five minutes of where he was raised.  When he passed the Bar Examination, he achieved the highest grade of all 897 applicants that year in the area of Torts.  Bovis, Kyle, Burch & Medlin, LLC’s primary office is also within five minutes of his alma mater, Peachtree High School, where he graduated with honors in 1979 and where he served as the President of the Student Body in his senior year.