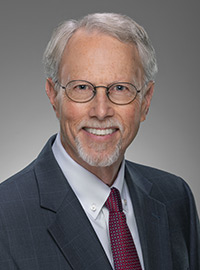 Greg is a member of the firm’s Fidelity, Surety, and Construction group with related experience going back to 1982. He has been with the firm since 1993, but he has first-hand experience in both a smaller, boutique construction partnership as well as a 200-lawyer firm. His career began during the time when fidelity and surety claims alike were handled by the same company representatives, and he continues to work in both areas today.  He was born in Augusta, Georgia, has practiced in the Atlanta area for over 30 years, and currently lives in Johns Creek with his wife and children.

Greg has written and spoken often for groups interested in fidelity, surety, and construction law topics, including the Fidelity & Surety Law Committee (FSLC) of the Tort, Trial & Insurance Practice Section of the ABA (TIPS), the State Bar of Georgia’s Institute for Continuing Legal Education (ICLE), the Surety Claims Institute, and most frequently at conferences of the Southern Surety & Fidelity Claims Association (SSFCA).