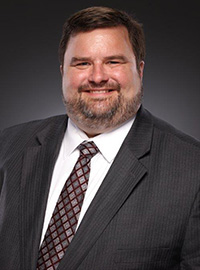 Kim has represented many attorneys in both civil claims brought by clients and non-clients in Georgia, Texas, California, and Ohio, and in licensing issues brought before the State Bar of Georgia. Among the many cases that Kim has handled include the following examples:

Kim obtained a defense verdict following a two-week jury trial of a legal malpractice claim involving an allegedly missed statute of limitation on a construction lawsuit.  The jury found that the law firm had not breached the standard of care.

Kim obtained summary judgment for a commercial closing attorney who had notarized a forged guarantee.  The loan later resulted in a $1.8 million default.  Summary judgment was granted based on an argument that the Plaintiff’s claim relied solely on a violation of criminal notary law that did not support a civil remedy.

Kim authored a successful amicus curie brief to the Supreme Court of Georgia on behalf of an attorney client that was facing a legal malpractice action had the Supreme Court not reversed the Court of Appeals ruling and issue a decision of first impression in the client’s favor.

Kim won summary judgment in a legal malpractice case on an issue of first impression involving the application of res judicata against a corporation with a complex corporate structure.

Kim obtained summary judgment, which was upheld on appeal, for business litigation attorneys accused of failing to sufficiently document their client’s settlement agreement arising out of a real estate development.

Kim obtained a reversal of a Supreme Court issued suspension, then tried the bar complaint on the remand before a special master. The lawyer was eventually issued a private reprimand rather than the two year suspension issued prior to Kim’s representation.

Kim obtained a judgment on the pleadings against a workers’ compensation attorney accused of negligently advising a client to engage in conduct that resulted in a criminal conviction for fraud.

Kim successfully defended the constitutionality of Georgia’s affidavit of merit statute which resulted in an opinion by the Georgia Supreme Court and the denial of cert by the U.S. Supreme Court.

Kim has represented many insurers and their third-party administrators in coverage analysis, coverage opinions, the preparation of coverage denial and reservation of rights letters, serving as coverage counsel in cases where a reservation of rights was issued but declaratory judgment was not filed, and serving as counsel in cases where coverage was litigated in either a declaratory judgment or bad faith actions or where insurance companies sought contribution or indemnity.

His experience in coverage litigation includes the representation of insurers in dozens of declaratory judgment and bad faith cases. He was counsel of record in the following published opinions:

In late 2010, Kim obtained summary judgment in the USDC, Northern District of Georgia, and recovered attorney’s fees for a liability insurer sued as garnishee following a judgment against its insured in Federal Court arising out of a professional liability action.  The insurer had denied the claim on the basis that it came after the policy period of the claims made policy.  The claimant argued that its suit was within the grace period of the claims made policy and that an ambiguity existed in the policy summary.  The Federal Court sides with the insurer and awarded defense costs under Georgia’s garnishment statutes.

Kim has recently won summary judgment or judgment on the pleadings in multiple coverage matters relying upon a client’s assault and battery exclusion in its commercial general liability policies.

Other examples of coverage appellate opinions obtained by Kim include the following:

Examples of some of these defenses include the following:

Kim obtained a dismissal, which was upheld on appeal, in favor of a security company alleged to have illegally used radar to enforce traffic regulations in a private, gated community.  The claims included false imprisonment, fraud, and theft by taking.

Kim has obtained summary judgment for apartment owners and their property management company in claims involving mold exposure on the basis that the plaintiff has failed to sufficiently link the alleged personal injuries to the alleged mold exposure on multiple occasions in the last few years.

Kim obtained judgment on the pleadings in favor of a security guard on civil rights claims brought by the parents of a hospital patient who were escorted off the property following a dispute over the medical treatment of the child.

Kim drafted the briefs that obtained summary judgment for a portable plastic gasoline can manufacturer in the Southern District of Georgia arising out of a home fire that began in an indoor wood burning stove/fireplace.  The claim alleged wrongful death of a child and burn injuries to an adult based on an alleged product defect in the portable plastic gasoline container.

Houston We Have a Problem … Not Your Typical Legal Malpractice Seminar; Georgia ICLE, Professional Liability Section of State Bar of Georgia . Presented “Defending Yourself and Your Firm:  Counterbalancing policy considerations for harm suffered by clients with whom you are or were in a fiduciary relationship,” in May 2011, February 2012, February 2013; Presented “LPL Coverage Q&A,” March 2016, March 2017, March 2018.

Insurance Bad Faith “Set-Up” In Georgia, NBI, Bad Faith Law and the Origin of the Set-Up and Ethics, December 2017.

The Medicare “Super Lien” and Other Liens Simplified:  Ethics presentation, NBI, Aug 15, 2012 by substitute due to trial conflict, oversaw preparation of written materials.

Evidence – A Practical Handbook, Ethics and Presentation of Evidence to Jury, NBI, May 2013, including related papers.

Over 20 jury trials to verdict.