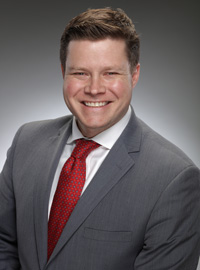 Mike Stacy re-joined Bovis, Kyle, Burch and Medlin, the law firm where he began his career, in 2018. Mike dedicates his practice to providing representation in business and corporate law across a diverse array of fields. His practice also includes commercial litigation, including the litigation of corporate contract disputes, license agreements, labor and employment issues, restrictive covenants, misappropriation of trade secrets, and financial derivatives.

During his career Mike has obtained favorable results for his clients at both the state and federal level, including reported decisions in the Georgia Court of Appeals and Supreme Court of Georgia.

Mike earned his Juris Doctor from Emory University School of Law in 2009. During law school, Mike participated in Emory’s Moot Court Society and was a member of Emory Law’s 2008-2009 National Moot Court team. Additionally, Mike is a member of the Order of the Barrister and was named Emory Law Moot Court Society’s Best Oralist in 2008-2009. Mike received his Bachelor of Arts degree in History from Vanderbilt University in 2005. Since 2016, Mike has been a member of the faculty at Emory’s Kessler-Eidson Program for Trial Techniques, which annually instructs all second-year Emory law students in trial and advocacy techniques.