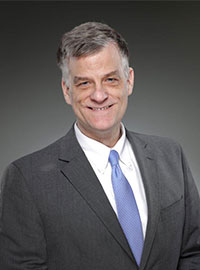 A North Carolina native with extensive professional experience in both North Carolina and Georgia, Brian Alligood joined the firm in 2017 in order to open its Greensboro, North Carolina office.  Brian’s primary practice areas include the defense of long-term care facilities, physicians, nurses, and hospitals.  He has successfully defended medical malpractice and nursing home cases through jury verdict.  In the nursing home arena, one of his defense verdicts, which was a subject of media interest, involved allegations of sexual abuse of a disabled resident by a staff member. It is the only known defense verdict in a nursing home case involving allegations of staff to resident sexual abuse in North Carolina.

In addition to his defense of health care professionals and entities, Brian represents parties in employment disputes.  He has extensive experience with federal anti-discrimination statutes, including Title VII of the Civil Rights Act of 1964, the Age Discrimination in Employment Act, the Americans with Disabilities Act, the Fair Labor Standards Act, the Family Medical Leave Act, and analogous state statutes such as the North Carolina Wage & Hour Act and the Retaliatory Employment Discrimination Act.  He also holds extensive experience with litigation involving the scope and enforceability of no-compete clauses and with employment torts such as employment defamation, tortious interference with contractual relationships, privacy violations, and wrongful discharge in violation of North Carolina public policy.

Brian has also remained true to his early litigation roots by continuing to defend traditional insurance defense matters, including cases based on theories of premises liability, motor vehicle accident liability, and insurance coverage disputes.  In these areas, he has successfully defended retailers, schools and daycares, and churches and religious entities.

Brian is a member of both the Georgia and North Carolina state bars.