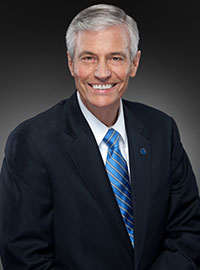 Gregory Presmanes is the senior partner in Bovis, Kyle, Burch and Medlin’s Workers' Compensation defense department.  He has been practicing insurance defense law since 1973.  Although he has defended all types of general liability claims, he has focused for many years on the defense of workers' compensation claims.  Aside from litigation, his practice has included a large number of mediations.

In January 2020, Greg stepped down from head of the Workers’ Compensation Department to focus on his mediation practice. He has been trained at Pepperdine University Law School in Alternative Dispute Resolution. He has served both as an advocate and as a mediator of both liability and workers' compensation cases.

He is a frequent speaker at continuing legal education seminars throughout the State of Georgia and across the country. His numerous articles on continuing legal education topics, which he has taught at such seminars, have been published by the American Bar Association, Georgia Institute for Continuing Legal Education, and the Atlanta and Georgia Bar Associations. He also teaches seminars and workshops on claims handling and legal issues for the employer, insurer and third party administrator.