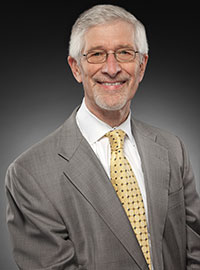 Jack heads the surety, fidelity and construction group at Bovis, Kyle, Burch & Medlin, LLC. A lifelong Atlanta resident, he attended the University of Georgia, both as an undergraduate and a law student.  While attending law school, he was a member of the Editorial Board of the Georgia Law Review, and a member of Phi Delta Phi Legal Fraternity.  Jack had the good fortune of passing the Georgia Bar in 1966, six months before he graduated from law school.  The first experience Jack had in fidelity and surety cases was over 40 years ago.

Jack’s skills have long been recognized by Martindale-Hubbell with an AV rating and as a SuperLawyer.  He has been involved in over one hundred matters cited by Westlaw, many of these important cases surety and construction decisions.

Jack has had many important cases for his clients.  A sampling of these cases are:

Jack has presented a great many papers and frequently spoken at seminars. Some of these are:

Jack has been active in church and civic affairs for years.  He served as an Elder and was also on the Finance Committee at Central Presbyterian Church and was on the Board of Directors for Central Outreach and Advocacy.  In addition, he has served on the board of his neighborhood association and was on the Board of the Buckhead YMCA for almost 20 years.