PLAIN LANGUAGE: WHO QUALIFIES AS THE "VICTIM" OF A CRIME? 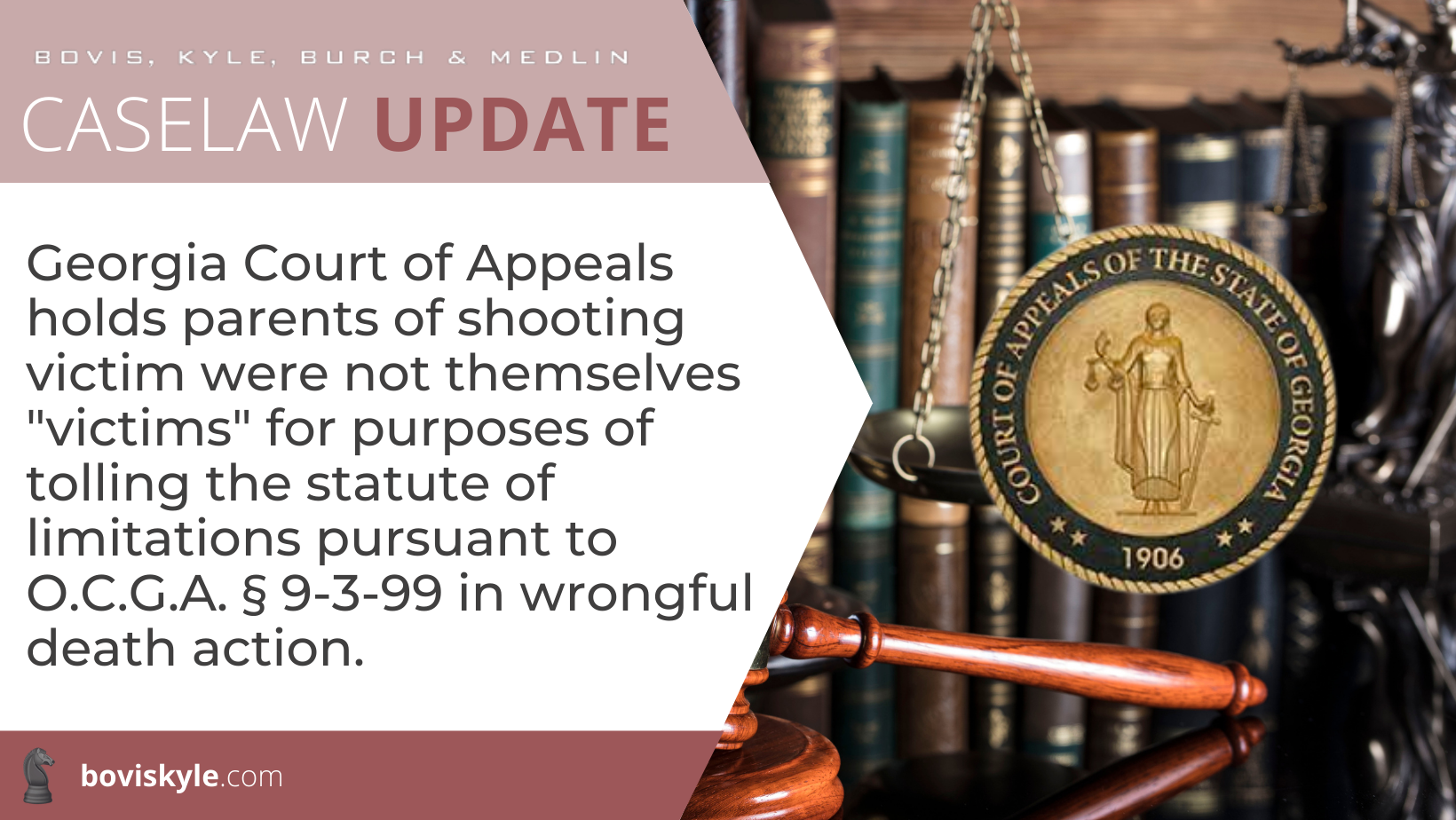 Can a person be the “victim” of a shooting when they were never shot? That was the question the Georgia Court of Appeals confronted in a major decision handed down in June of this year. Specifically, the Court of Appeals addressed whether the parents of murder victims can take advantage of Georgia law providing that the statute of limitations for tort claims by a crime victim is tolled, or paused, while the criminal prosecution of their alleged tortfeasor is ongoing. Hicks v. Universal Health Servs., Inc., No. A22A0204, 2022 WL 2186441, at *1 (Ga. Ct. App. June 17, 2022).

On October 26, 2016, a mentally ill man shot and killed three people weeks after being discharged from a mental health facility. Hicks, 2022 WL 2186441 at *1. In January of 2021, the parents of the victims sued the corporate owners of the facility and the individual doctors that treated the man, bringing, among other things, “Survivor” claims for the wrongful deaths of the victims. Id.

Though four years had passed since the victims’ deaths, far more time than Georgia’s statute of limitations for wrongful death claims normally permits, Plaintiffs argued that the statute of limitations was tolled by O.C.G.A. § 9-3-99, or “the Tolling Statute.” Id. at 2. That statute provides that the statute of limitations for a tort claim by the victim of an alleged crime shall be tolled between the date of the crime and the date the prosecution of that crime becomes final. O.C.G.A. § 9-3-99. If the Tolling Statute applied, then the parents would be permitted to proceed with their claims, and if not, then their claims would be barred. Thus, the case turned on whether the parents of the victims themselves qualified as “victims of an alleged crime” within the meaning of the law. Id.

The Georgia Court of Appeals, in an opinion drafted by Presiding Judge Doyle, held they did not. Hicks, 2022 WL 2186441 at *5. “The parents,” the Court wrote, “were not shot, so they are not the victims of the crime. The victims of the crime are deceased, so they cannot bring the present wrongful death claims.” Id. Hence, the Court held O.C.G.A. § 9-3-99 did not apply to the survivor claims brought by the parents of the victims, and the statute of limitations barred those specific claims.

The Hicks decision is a valuable signal from the Court of Appeals that it will continue to attempt to read statutes according to their “plain language.” At the same time, it is also a reminder of how complex the process of determining what the “plain language” of a statute really is, and the critical importance it can have in deciding the outcome of your case. Don’t be surprised, though, if the Georgia General Assembly addresses this particular result during the next session.